Apartments by the sea

Equipped with all comforts: air conditioning, terrace with a wonderful sea view of Portofino, kitchen, it is an ideal stay for sea lovers and relaxing stays. It can accommodate up to 5 people.

Elegance and relaxation for 4 people, in a splendid position overlooking the sea. Furnished in a functional and welcoming way. Equipped with all comforts, air conditioning, modernly equipped kitchen, bathroom including washing machine.

From the splendid terrace set on the roof you can enjoy the view of the beach on the Gulf of Tigullio and the hills of Le Grazie. The fresh and comfortable furniture is embellished with period furniture; including cot and high chair for babies.

Essence of Wellbeing, source of balance between land, sea and air, body and mind. A corner carefully reserved, where the principles of modern knowledge will merge with the ancient and historical culture of the house, providing well-being and peace of mind needed to embark on the road of a healthy and balanced life.

Ideal starting point for numerous excursions, boat trips to visit Portofino, San Fruttuoso and the famous Cinque Terre. In the historic center of Chiavari the Antiques Market is held every second Saturday and Sunday of the month and on the fourth Saturday and Sunday the Market of Flavors. Every morning in the Piazza del Mercato fruit, vegetables, cheeses and cold cuts of all kinds. Every Friday the lively weekly market. Do not miss the typical Ligurian focaccia
to be enjoyed freshly baked by the various bakers in the area!
Commercial activities, shops, bars and restaurants await you in the characteristic alleys

The Antica Casa Gotuzzo was built in 1652 but subsequently underwent numerous modifications. For example, the windows facing the sea were walled up in 1921 when rough seas knocked them out; the windows were reopened in the Seventies. And the slate slabs that held the vats used to store oil, wine and grain are still below the street level. The Gotuzzo family was from Portofino and chose Chiavari and the Scogli district for their shipyards, from which over 120 sailing ships were launched. The house suffered extensive damage during the Second World War and in 1945 it was completely cleared out by the Germans, who left it roofless. It was rebuilt in 1948, despite the risk posed by heavy seas. Today the Antica Casa Gotuzzo has completely changed its appearance. After being reconstructed several times, it underwent radical work in 2014 and was elevated slightly. The decorative work was completely redone, as was the sundial facing the sea and depicting the last launching: the Fidente in 1922. To commemorate the extraordinary maritime history that has been part of this house for centuries, the three apartments open to our guests have been named “IL BRIGANTINO”, “LA GOLETTA” and “IL CLIPPER”.

All our apartments are equipped with 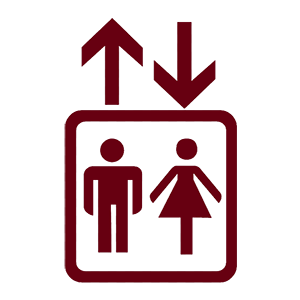